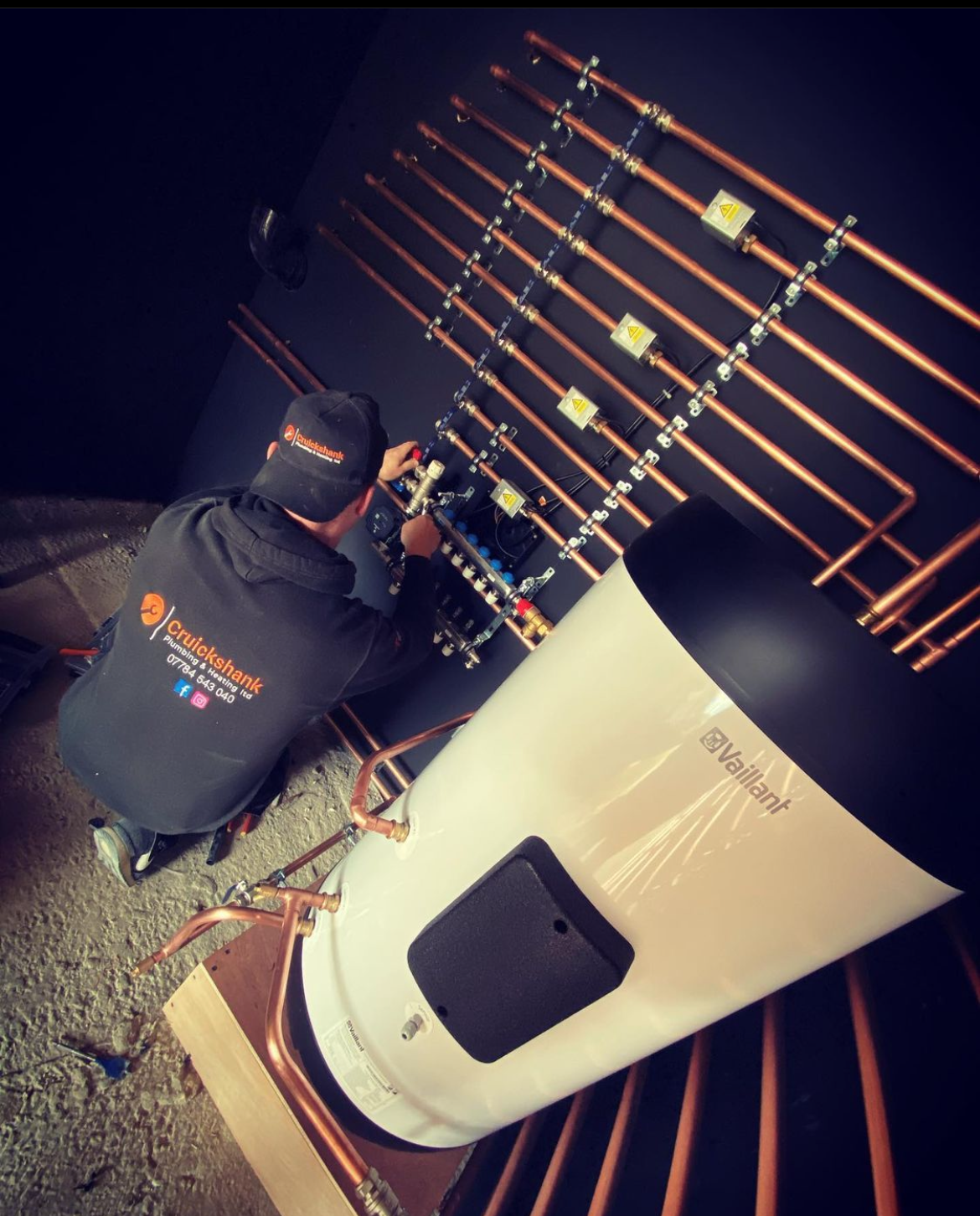 Early last year I installed a full heating and hot water system for a 5-bed semi-detached house, that recently underwent major renovation works. This type of brief is normally straightforward and wouldn’t consider much planning other than a few site visits.

Due to the COVID 19 lockdown, materials became harder to source due to local and national closure of merchants, as well as wider manufacturing shortages. Therefore, I had the challenge to start a project of this scale with the very limited resource available as well as sourcing materials to get this project off the ground when larger developers had increased buying power over individuals.

I know the project had to be substantial because traditional methods of going to the local stores to purchase materials was not an option. Panic buying also posed a problem, as people were mass buying raw construction materials so everyday items such as plastic pipes had become a commodity.

Therefore, I had to be resourceful and think differently. So, I began hunting around online for reclaimed plumbing items and over-ordered on materials for other local projects, such as underfloor heating manifolds and pipes, sinks, pipe clippings, and waste fittings. I also asked others within the trade if there were any other items they could share with me, however, this wasn’t enough to get the project started.

I could have either given up and let my customer down, or I could think outside of the box to find a solution. When I tried to buy an unvented hot water cylinder just before the last national lockdown, manufacturers were preparing for closure again. All I could purchase was a returned damaged Valiant Unisto (ASP) cylinder which was more than likely heading to the scrapyard, all because the outer case had a few scratches on it. At this point, I realised the project had taken another turn, one I had not thought about before. This project was now going to be a mixed energy install of natural resources, such as ASP, solar, wood-burning etc as well as sustainable materials used within the project.

I went around as many of the local scrap dealers ‘bin hunting’ for copper fittings, brass fittings, copper tubes etc that I needed. Within a few days, I had enough raw materials to start the project. I was blown away at what other companies were recycling or the materials that were being considered as scrap. I found brand new fittings still within their packaging that had been scrapped and I even found a low loss header which was perfect for this project as it would help the efficiency of the lower working temperatures being produced by the ASP.

The project did have a few setbacks, the larger items such as the boiler and the ASP still needed to be purchased via commercial sources so this did cause a slight delay. However, every effort was made to find items that could be upcycled or repaired to be used in this project and I am really proud that we were able to complete the project to a high quality and in a timely manner despite the restrictions.

Obviously, I have my favourite go-to products so I tried to keep an eye out for these when searching my local sites. One example of this is I wanted to use a Polypipe underfloor heating manifold as I find these are well built and very reliable. I sourced a manifold slightly larger than I needed from a local neighbour who was doing a similar project and another available due to over-ordering on another project (the customer decided to not have underfloor heating in the side extension). I got chatting to my neighbour as we were in a WhatsApp group chat and he said he needed a few plumbing parts such as motorised valves. I had a few Honeywell valves spare and we decided to do a trade for the underfloor manifolds. Due to COVID, he was unwilling to meet in person or leave his property, so we came to an agreement we would pass the items over the fence. We chatted but never actually met in person, it was crazy but just what needed to be done at the time to get the materials I needed!

My best man from my wedding works in demolition and reclaims a lot of site materials leftover or removed from building sites. He was working at the old HQ for a top fashion house and had drums of various sized cable, plus the old boiler plant room had been stripped out. He kept a lot of this material in his business’ lock-up and when he heard about my project,1 he shared with me photos of what he thought might be useful. He had a few gems such as expansion tanks, a Vaillant low loss header, a Grundfos light commercial 25/80 pump which was just perfect for my project. The Grundfos light commercial 25/80 pump was in great condition, I later found out it was less than a year old. Sometimes, it’s not what you know but who you know!

One of the councils had binned around 40 various sizes of leaver valves in a local scrapyard. The scrapyard actually gave them to me for free as otherwise, they were going to be disposed of.

I chose to install a Vaillant Uniscore cylinder. I was really struggling to get hold of a brand new cylinder, but I got in touch with the manager of my local Vaillant merchants and he actually had one which another plumber had refused due to the fact it had been damaged in transit. The cylinder was just sitting in the warehouse, and only had a small dent and a few scratches. I snapped it up, and when it was installed in the correct position you would never be able to tell it was slightly damaged.

I did some research and found the construction industry produced 100 million tonnes of waste in 2019 and used an astonishing 400 million tonnes of materials. Households make up 40% of all UK emissions and it is estimated that by 2030 the average home will emit 3.6 tonnes of UK emissions. So, with this project, I wanted to show that installs can be completed using predominantly upcycled or second-hand materials.

Throw in the fact that lockdown gave me no other options but to upcycle 80-90% of the material I used, this project showed me it was completely possible.

Throughout the project, I documented the project, the problems I faced, and the solutions I found through daily Instagram stories. I also showcased my finds whilst I was ‘bin hunting’, which lead to many people who watched my stories telling me they were amazed at what they could find and told me it inspired them to try and upcycle more material for their projects. I also shared tips with the Instagram community on renewable installation as I had never done anything like this before, as well as asking them for advice on best practice methods. The response was amazing!

I also learned how to recondition parts and I repaid tools myself if needed to which helped me complete as much of the project as possible.

There were a number of results for the customer, the main one for them being financial. Buying back materials at scrap value and at reclaiming cost kept the budget flexible as material prices had started to increase due to supply chain demands nationwide.

Whilst the energy consumption running cost of this installation has definitely been beneficial financially it has also been massively beneficial for the environment, which was a big plus for my customer. Even though it was a small scale project, I was able to prove that there are more environmentally friendly ways to complete installations that are different to the conventional ways of thinking.

I was able to complete a project, which at the time, may have been impossible for other heating installers to do. This meant that I was really proud of myself for not giving up, thinking outside of the box, and providing a high quality install for my customer.